With its fairytale castles, Gothic cathedrals and avant-garde landmarks, the capital of Bohemia has inspired travellers and artists for over a millennium.

Stand on Prague’s iconic Charles Bridge at the break of dawn—a good few hours before it gets swamped by selfie stick-waving daytrippers—and you’d be half forgiven for expecting a bell-swinging town crier to materialise from the morning mists and bellow out news of golems having laid waste to a nearby hamlet in the dead of night. Even in today’s ultra-technologic world, there remains a folkloric magic to the Czech capital with its cobblestone lanes, houses of many styles and colours, and looming spired silhouettes that pitchfork the skyline.

Any first time trip to Prague deserves to begin with two things: a visit to the ancient Prague Castle, and a foam-headed stein (or two) of Czech brewed, world-beating pilsner. Once you’ve ticked off these glorious basics, the city’s many other delights beckon. Fall under Prague’s timeless spell with a little help from these essential and off-the-beaten track highlights. First off, where to stay. 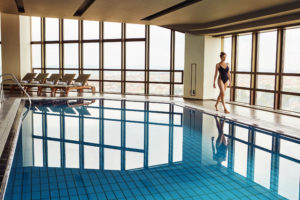 Crowning one of Prague’s lush hills, the elegant Corinthia Hotel Prague commands unrivalled panoramic views across the city of a thousand spires. The Communist era glass-and-steel façade is juxtaposed with crème et chocolat interiors that exude contemporary charm. Tuck into regional-inspired sweets and savouries with exquisite afternoon tea in Lounge 62. Unwind in an eyrie of pampering delights at the top floor Apollo Day Spa. From here you can soak up sweeping views from Petrin Hill all the way to St Vitus Cathedral while enjoying a lazy dip in the pool. Located a mere five minutes from the city centre by underground, you have easy access to the capital’s many marvels.

Two Sides Of The Same City 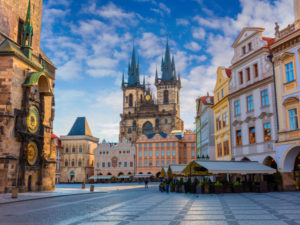 Prague’s locket of architectural gems opens out on either side of the lazy Vltava river. Staré Město (Old Town) is the capital’s medieval heart. Labyrinthine lanes branching out from the town square blossom with Baroque and Gothic splendour, especially magical once floodlit by night. From the lofty Hall Tower brandishing its blue and gold Astronomical Clock, head over to the rococo Municipal House for a spot of lunch. Inside and out, this civic building is adorned with paintings and sculptures loaded with allegory. The nearby Jewish Quarter is home to a cluster of historic synagogues, museums and the famed Bethlehem Chapel of Jan Hus. 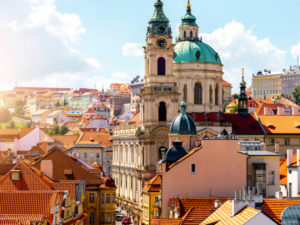 Once you’ve exhausted Staré Město, it’s time to squeeze through the throngs of tourists and gauntlet of buskers packing Charles Bridge to make your way into Malá Strana. The name literally translates as Lesser Town, but this Renaissance wonderland watched over by the verdigris-spired Prague Castle is the epitome of ‘more is more.’ Step into the grandiloquent Church of St Nicholas to gape at empyrean ceiling frescoes and a 4,000-piped organ played by maestro Mozart himself. Also in the vicinity is the Wallenstein Palace, art galleries galore and an endless ribbon of come-hither cafés and old-timey gastropubs. 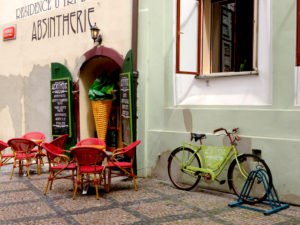 Prague has long been entangled in the mystique of absinthe. The anise and wormwood-flavoured spirit originated as a remedial elixir in 18th-century Switzerland, but it fast became drinko primo for a sozzled coterie of pen and paintbrush-wielding bohemians across Eastern Europe who nicknamed the alcohol ‘the Green Fairy’ due to its emerald hue and hallucinogenic effects. (Un)fortunately its psychoactive properties have been grossly exaggerated. Today, the Czech Republic boasts some of the finest absinthe distilleries in the world. Souse yourself in the green stuff with a visit to The Absintherie on Franz Kafka Square. Sample some 100 varieties of the spirit. Surprise your taste buds with weird and wonderful absinthe-laced ice cream, chocolate and coffee concoctions. 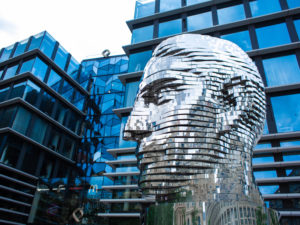 Celebrate the life, works and influence of Prague’s most famous son Franz Kafka with a fittingly Kafkaesque pilgrimage. This luminary 20th-century writer was born in Prague. Begin from his birthplace in the now-named Franz Kafka Square. A plaque near St Nicholas Church marks the spot. The Kafka Museum houses priceless first editions, ink-blotted manuscripts and eerie art installations inspired by the author’s surrealist imaginings. Gawp at a giant metamorphosing Kafka head made from mechanised panels outside the Quadrio complex. Stop for a hot brew at Café Louvre, where Kafka would write and meet cherished confidantes. Pay your respects at Kafka’s final resting place in the New Jewish Cemetery. Signposts will lead you to the Cubist, crystal-shaped tombstone.

Trdelník Around The Astro Clock 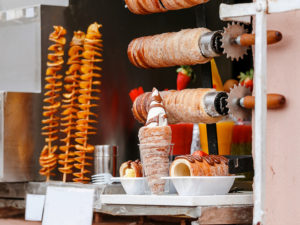 No Prague trip is complete without a tasty trdelník treat. This local twist on the chimney cake has become an increasingly popular street snack in recent years and you’ll spot countless vendors sprinkled around the city’s cobbled lanes. Rolls of dough are wrapped around a trdlo (roasting spindle), glazed with caramelised sugar, dusted with cinnamon and spice, and left to bake over charcoaled flames. Seasoned sweet tooths may wish to stuff their chunky spiralled cones with soft serve ice cream. Delish! 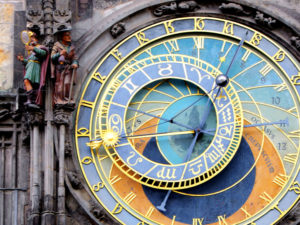 Time your trdelnik snack with the chiming of Prague’s iconic Astronomical Clock. Tourists have been quick to dismiss the hourly performance as underwhelming, but you’ll get a lot more out of the experience by familiarising yourself with the figureheads and intriguing symbolism surrounding the gleaming zodiacal clockface beforehand. Gather beneath the Old Town tower on the top of the hour to watch Death invert his hourglass and begin tolling the bell. The windows above open up to reveal the 12 apostles parading by while the Chronicler, Angel, Astronomer and Philosopher watch on. 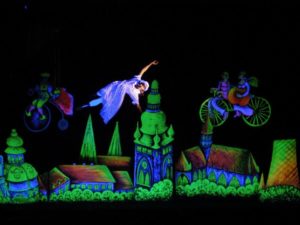 In darkened playhouses across twilit Prague, pitch black stages come alive to fluorescent man-eating suitcases, levitating playing cards and pirouetting lampposts. Welcome to the kooky world of Black Light Theatre. This UV-lit, black box performance art was pioneered by Czech-born Jiří Srnec in the early 60s. These non-verbal shows are a colourful pick ‘n mix of music, dance, slapstick, puppetry and shadow play that deliver a mind-bending, gravity-defying experience set to dazzle audiences of all ages. You can check out Srnec’s very own troupe on Palác Savarin street. Other leading lights in Prague’s black theatre scene include HILT, WOW and IMAGE.

Take your Prague city break to the next level of luxury by joining Azure X today.

9 Reasons to Convert to the Motorhome Holiday

Cancer Has Made Me Want to Travel More