A motorhome road trip across Scotland’s North Coast 500 (NC500) had long been on mine and my husband’s bucket list, writes Natalie Cuschieri. After countless hours of surveying maps and meticulous planning, we finally put the dream into action last September. And what a road trip it was. 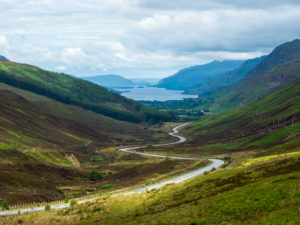 This jaw-droppingly beautiful route snakes all the way around the Scottish Highlands, beginning from Inverness heading up to northernmost John O’Groats and back down again. All along the winding 500 mile route are deserted beaches, artisan breweries, picturesque lochs, enchanting castles, and a rich abundance of uniquely Scottish flora and fauna. 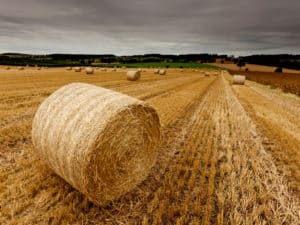 Haybales in the golden wheat fields of Inverness

Our road trip begins as any road trip must—stocking up on snacks. Clear skies bode well. We ease into our journey north driving past golden wheat fields flecked with lazy haybales. We’re flanked by the iron sea. Grazing horses, woolly sheep and shaggy coos are everywhere.

Time to stretch our legs at Black Isle peninsula. It’s only apt that we down a couple bottles of the NC500-inspired craft ale at the legendary Black Isle Brewery. Dunrobin Castle, cradled by beds of violets, is fairy tale-esque. The grass-topped Carn Liath broch oozes druidy mysticism. 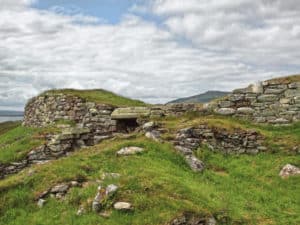 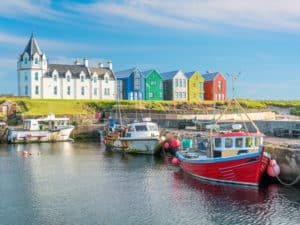 Up early as there’s miles of coastline to cover today. At John O'Groats we sit on the Nomadic Boulders, a cluster of seesaw sculptures that precariously balance gigantic boulders. We take a short detour up to Duncansby Head lighthouse. Below, waves crash into the rugged cliff-face. Magnificent. 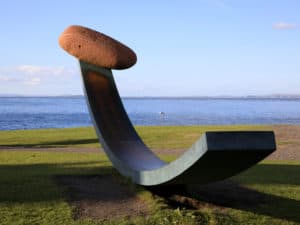 Other day two highlights include Wick, the former herring capital of Europe, and the Old Pulteney Distillery, where we sip on award-winning single malt whisky. The moody, moss covered ruins of Castle Sinclair Girnigoe, seemingly flush with the cliff’s edge, are the stuff of gothic ghost tales. 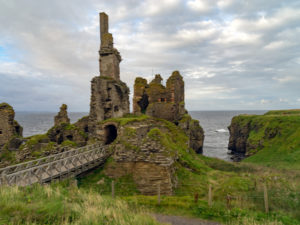 Castle Sinclair Girnigoe is the stuff of Gothic ghost tales 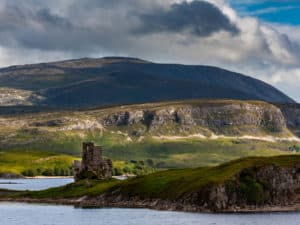 Ardvreck Castle dates back to the 16th century

The morning road leads us from Tongue to Durness. We savour every twist and turn of this picture-perfect journey leading to Smoo Cave, all gushing waterfalls and wooden walkways. At Cocoa Mountain we explore cutesy craft shops and, naturally, stop for a warming mug of hot chocolate. 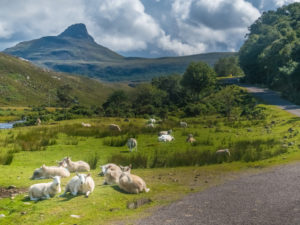 Sheep having a lie down in Knockan Crag

Onward to Ullapool. We picnic near Ardvreck Castle built by the Clan MacLeod in 1590. Hilly Knockan Crag exposes the bones of the earth and calls out for a mini-trek. The trail offers up The Globe and Pipeworm, art installations inspired by the beauty of the unspoilt landscape. 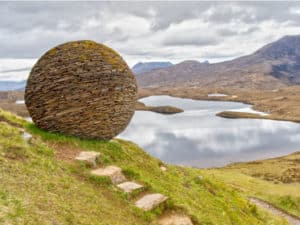 The Globe is an art installation created by Joe Smith 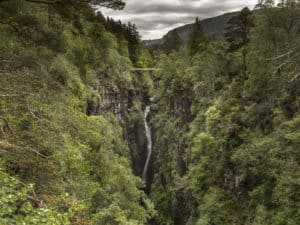 Today’s a medley of gorges, beaches and gardens. We tread across a Victorian footbridge suspended over verdant Corrieshalloch Gorge. On desolate Mellon Udrigle beach we build sandcastles. And Inverewe Garden is alive with bees buzzing around blooms and red squirrels and deer scurrying between trees.

A red squirrel foraging in the botanical Inverewe Garden 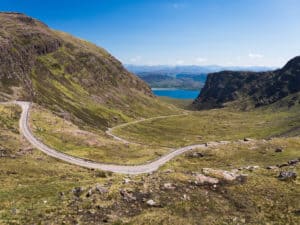 The final stretch is a laid-back drive around Applecross peninsula overlooking the Isle of Skye. We cruise down the alpine Bealach Na Ba road through to Locharron village. As the sun begins to set, we arrive back where it all began—Inverness. Scotland, you’ve stolen our hearts.